Young people are most affected by Victoria’s affordable housing shortage. Every night, as many as 6,000 young people experience homelessness – in one of the world’s most liveable cities, this is unacceptable. Ryan, 24, grew up in Werribee in overcrowded housing with his brother and five sisters, Mum and step-Dad.

Often, his cousins and uncle were also living in the same house. His biological father was an alcoholic, and abused him.

Ryan fell in with the wrong crowd in Werribee but also experienced violence from members of his family and gangs in his neighbourhood.

He and his family members have witnessed extreme violence, including shootings outside of neighbourhood homes and shopping centres. In one incident of random violence, Ryan suffered a broken jaw and had part of his ear ripped off. 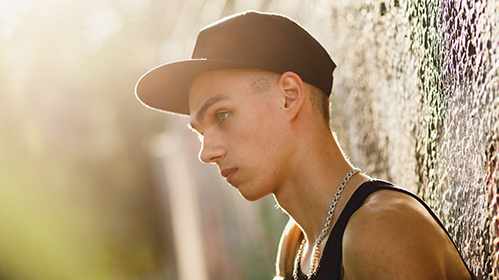 Our flagship youth crisis centre in the heart of Melbourne.

Ryan has been working with our caseworkers for several years – in what we call "intensive case support".

Ryan is considered what we call a "complex case" – his needs are far greater than current facilities and staff can properly and completely support.

For most young people in Victoria experiencing or at risk of homelessness, sleeping rough on the streets, like Ryan, is not a choice – it’s a last resort.

And right now, there's simply not enough room in crisis accommodation for all of them.

But you can play your part in changing Ryan's life.